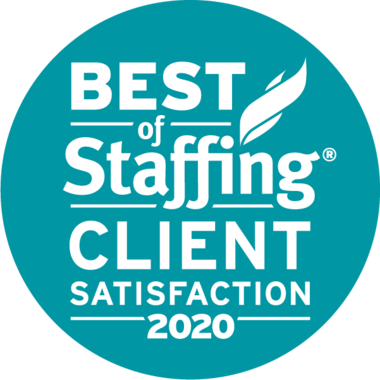 You Messed Up, Now What?

Unless you're a superhuman, sooner or later you will make a mistake at work. Here are 3 strategies for damage control that won't make you look even worse to co-workers and supervisors. They may even make you look better!

The absolute worst thing you can do is to try and cover up, blame someone else or pretend like it's not a big deal. This will only, at best, make you look like you don't care about doing a good job, and at worst, make you enemies. On the other hand, you'll get serious respect if you step up and say, "It was my fault."

2. But don't spill your guts everywhere.

The entire workforce doesn't need to know that you screwed up. It's better to quietly inform your immediate supervisor and any directly affected co-workers who might need to help you fix the mistake.

This should actually be step 1. After you fess up, your next sentence should be how you're going to correct your mistake. So have an action plan worked out before you knock on your supervisor's door.

Example: "I accidentally double booked the work crew. I suggest that we call Customer B, tell him we won't be able to be there at the agreed time, and offer him a small discount to reschedule."

These 3 techniques should help you minimize the damage — to your reputation, if nothing else. But you should also be prepared to take the consequences if the mistake was an expensive one for your employer. It may take some ongoing work on your part to rebuild your colleagues' trust.

But don't give up. In the end, your proper handling of the situation will be remembered in your favor, and your career will go onwards and upwards as planned.

How to Job Hunt When You're Starting from Scratch
The 2020 pandemic has wreaked havoc on careers as well as personal lives. With major sectors of the economy nearly or totally shut down, many who thought they had job security are out of work — and believe they don't have the qualifications to switch to a different specialty. Meanwhile, new graduates looking for their first job have been unable to get out of the starting gate at all.   If you're in this situation, take hope. There are ways to land a job without experience in that particular field. We've rounded up expert advice to get you on the right track.   Look for careers with employee shortages   While some industry sectors have shrunk dramatically, others are experiencing a boom, and as a result, a skyrocketing need for more employees. Hiring managers are only too aware of this problem, and know that they can't stick to hard-and-fast job qualifications if they want to bring in enough new workers.   One of the biggest trends forecasted for the staffing industry...
Read More
Saying Goodbye to Your Holiday Temps? End It on a High Note
The year's peak shopping season is winding down, and temporary workers who helped companies get through the rush are coming to the end of their assignments. Smart employers will invest a little time and effort in ensuring that those workers' exit is a positive one.   Here's why:   You may want to hire those same people next year. After all, it's easier to use workers who already know your system than to train new ones from scratch. If they had a good experience with you, they'll come back rather than signing up with the competition.   Your employer brand is at stake. If unhappy temps post their opinions on site like GlassDoor, it could hurt your ability to hire quality permanent employees.   They'll refer their friends to you as possible hires. In a tight job market, this could save you significant marketing time and money.   Convinced? Then consider building these strategies into your assignment completion protocol. Integrity developed them to ensure that...
Read More
What Does Your 2021 Vision Board Look Like?
National Vision Board Day is January 9. Why not start the year with this fun and effective tool for making your goals a reality? Here's what you need to know.   What is a vision board?   It's a poster you create to express how you want your life to be — a daily reminder to visualize your ideal outcome. Having a vision board to look at will ensure that you do these short visualizations every day, and stay focused on your purpose.   The technique of visualization has been used for decades by Olympic athletes, dancers, musicians and other successful superstars such as Oprah Winfrey. Studies have shown that visualization activates the same brain patterns as the physical performance, thus developing the habits of success.   The book The Secret states that simply declaring your intentions to the universe will attract the results you desire. Whether or not that's true, a vision board is an excellent way of putting your dreams out there — and this technique has been proven...
Read More